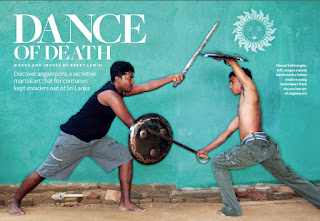 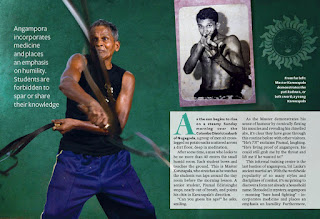 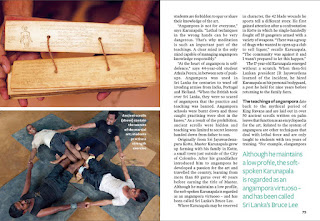 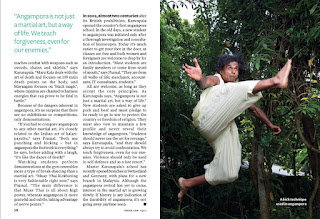 Here's a feature that was just published that I wrote and shot for Readers Digest. For centuries, Sri Lankans fought off the advances of Indian rule using an ancient form of human combat called Angampora. Shrouded in mystery, Angampora – meaning ‘bare hand fighting’ – is a self-defence system that incorporates medicine and places an emphasis on humility in which students are forbidden to spar or share their knowledge.  But following the fall of the island to the British, the martial art was nearly all but wiped out and its practice was strictly prohibited. Angampora schools were burnt down and those caught practicing were shot in the knees. As a result of the prohibition, the martial art soon became obscure as ancient scrolls were hidden and teaching was limited to secret lessons handed down from father to son. Today, however, thanks to Master Karunpala,who is widely regarded as Sri Lanka’s Bruce Lee, this most fabled martial art is making its way back onto the streets.